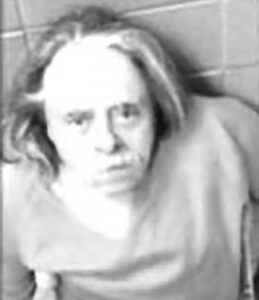 David Michael Ansberry, who was convicted of leaving a bomb outside the Nederland Caribou Shopping Center and Police Department, has been released on probation.

According to J. Holland, Unit Manager with the U.S Department of Justice, “David Ansberry, an inmate incarcerated at this facility at the Federal Bureau of Prisons, was to be released on March 17, 2022.

According to an article written on October 20, 2016, by Barbara Lawlor of The Mountain-Ear, the Nederland Police Department and the Federal Bureau of Investigation arrested the suspect, who left an explosive device outside of the Nederland Police Department office in the Caribou Shopping Center on Tuesday morning, October 11. David Michael Ansberry, 64, was arrested on Saturday at Chicago’s Midway International airport when he got off the plane.

The device was declared a legitimate explosive device that had failed to go off when the cell phone detonator didn’t work. The Boulder Bomb Squad detonated the bomb at 1:30 a.m. on Wednesday, October 13, after advising residents of the procedure.

The United States District Court for Colorado charged Ansberry with the offense of maliciously damaging or destroying, or attempting to damage or destroy by means of explosive, any property used in interstate or foreign commerce. The affidavit was written by FBI Special Agent Kevin P. Hoyland on Saturday, October 15.

A backpack found outside of the Nederland Police Department was brought inside the police department by a detective who thought it was lost property. When he opened it, he found a cellular device with wires coming off the phone, connected to a battery and suspicious white powder. He carefully took the bag outside and then evacuated the shopping center.

When the Boulder County Sheriff’s Office bomb squad arrived, the device was removed and decommissioned by two robots, one of which removed pieces of the bomb. The cell phone was placed in a makeshift Faraday box to prevent a cellular signal from reaching it, and taken to the BCSO and analyzed forensically.

The phone number assigned to the detonator had been dialed multiple times by another number in the attempt to detonate the bomb. Both of the phone numbers used belonged to a subsidiary of AT&T. The cell phone transactions were made with cash.

A man had been seen being evacuated from the Boulder Creek Lodge across from the shopping center, and the motel confirmed that the man matching that description had stayed there for about two weeks.

The affidavit was submitted to Magistrate Judge Michael J. Watanabe on Saturday, October 15. The charges carried a sentence of five to 20 years, a $250,000 fine, or both.

Ansberry pleaded guilty without a plea agreement on July 18, 2017, and was sentenced on January 25, 2019 to 324 months (27 years) in federal prison by United States District Court Judge Christine Arguello.

You have 5 free stories remaining! Please login or subscribe to continue reading!