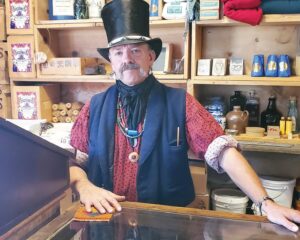 Take a step back into a time when the word freedom rang out from the hills of Colorado, the mountains were named the Shining Mountains by the native inhabitants – the Utes. A time when bartering trade was practiced. Money could be a barter, or coin made in France, Spain, England, Canada or the United States – it could all be spent. People went on a byway named the Santa Fe Trail rather than a highway in this time period. Trade forts became the superstore.

Bent, St. Vrain & Company was the Walmart of the time, and is now still alive as a Colorado non-profit corporation with the mission to provide articles to the living history community. Greg Waltrip took over ownership of the historic company in 2022.

Greg is a historian who loves keeping history and the fine art of trading goods alive. He is a descendant of Bernard Lambert, Chief of Scouts for John Charles Fremont, who knew the Bents, Kit Carson and others of the day. Greg says, “there are not many other sutlers who deal in goods from the time period of 1833-1849, they cover either an earlier or later period or they specialize in one type of goods. Bent’s is more of a general store.” There are descendants of the Bents living in Nederland today, so our community has a relation to this important historic family. 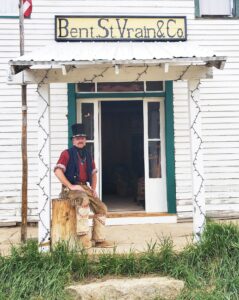 As historical reenactors go, Greg is a perfectionist when it comes to getting history correct. He has worked as a reenactor at Bent’s Fort and for Tesoro Cultural Center. He works with schools, events and historical sites in educational immersion to teach others about his chosen time period.

Besides the current market of supplying the reconstructed Bent’s Fort that is managed by the National Park Service outside of La Junta, Colorado, and the Kit Carson Museum in Taos, New Mexico, he plans to expand to other historic sites and attend Mountain Man Rendezvous reenactments here in the Rocky Mountain West. One historic site that will be peddling Greg’s wares is The Fort Restaurant, a national historic site located in Morrison, Colorado. Greg has a storefront in the Old Columbia Hotel in Ward, Colorado, as his main trading location and supply depot. 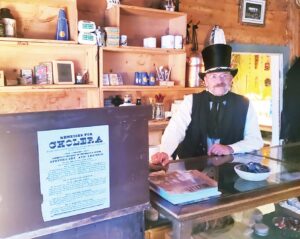 Bent, St. Vrain & Company was first formed as a partnership between Charles Bent and Ceran St. Vrain in 1830. William Bent, brother to Charles, joined the company the next year. The basis for the original company was the transport and sale of manufactured goods from St. Louis to Santa Fe. They acquired their goods in St. Louis and in New Mexico they procured and subsequently transported fur and buffalo robes to sell back in St. Louis. At the time, they were the largest American fur trade outfit other than the American Fur Company.

The company built trading forts in key locations, along waterways including Bent’s Old Fort, Fort St. Vrain, Fort Jackson and Fort Adobe. Bent’s Fort was run by William Bent from 1833-1849. Erected in 1833, Bent’s Fort, then called Fort William, was at a strategic location on the northern bank of the Arkansas River. Here the Bent, St. Vrain & Company could take advantage of the multiple trading opportunities that the Arkansas Valley offered. The post’s proximity to the Rockies drew in trappers to benefit from the beaver market; it also placed the Bent, St. Vrain & Company near the hunting grounds of the different Plains tribes, who demonstrated their willingness to trade with the company. Among those seen trading at Bent’s Fort were the Arapaho, Kiowa, Navajo, and Southern Cheyenne, whose buffalo robes were highly sought. In addition to trading furs, the Plains Indians exchanged horses and mules for the Americans’ tobacco, axes, firearms, and other technological goods.

The original company of the three men all but disappeared with the destruction of Bent’s Old Fort in 1849. In 1976, the National Park Service opened its reconstructed Bent’s Fort on the original site close to La Junta, Colorado. The need to provide historically accurate, period correct goods for display as well as to sell spurred the revival of the Bent, St. Vrain & Company business which was licensed in 1986 and incorporated in 1995. Greg’s acquisition of the business this year ensures that this important period of history in the Rocky Mountains and particularly Colorado will continue to remain alive.

Greg grew up in Boulder, Colorado, and spent most of his adult years immersed in the culture of the Lakota people, traveling with three different medicine men. He has always called this area home and has lived in Eldora, Nederland and currently in Ward for the past four winters. His experience as a historian in cultural immersion studies gives him the knowledge needed to own and run this historic company.

At an early age, Greg made the decision to be an early adventurer. His goal is to expand into other museums and reenactment sites and rendezvous. He will tailor his inventory to what people ask about and need. Currently, he has been researching and contacting suppliers worldwide for authentic goods as well as quality reproductions. Sometimes this is a challenge due to requirements for him to purchase huge amounts of an item. He will soon be hanging his shingle at the Columbia Hotel and open for business in Ward.

The storefront will be located at the Old Columbia Hotel, 65 Newmarket Street, Ward. He can be reached at 303-514-2981 or zintkal66@yahoo.com. He is in the process of obtaining the website from the previous owner. Information about the company can be found on the Facebook page at https:// www.facebook.com/BentStVrain 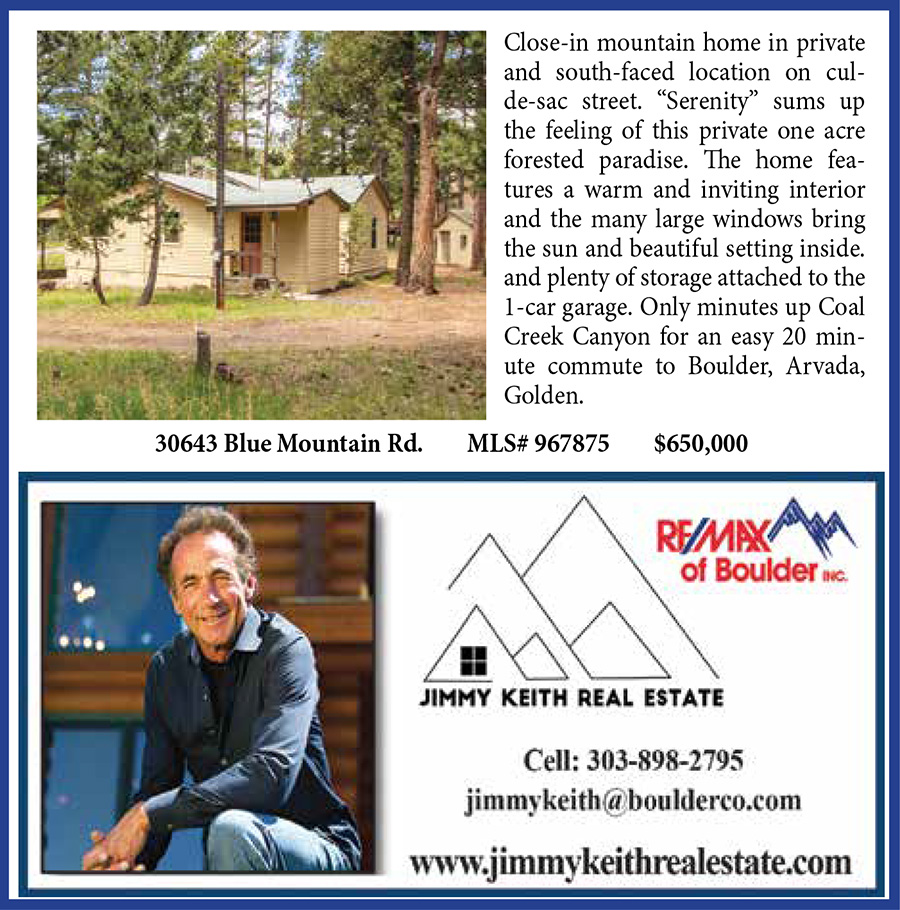